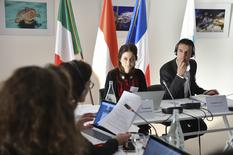 An update on the progress of international projects funded by the Pelagos Agreement Permanent Secretariat was provided, allowing proposals to be put forward for management measures to reduce human-induced threats in the Sanctuary area.

Following the meeting, the Scientific and Technical Committee came up with some recommendations. These will be submitted during the next meeting of the parties to the Pelagos Agreement, which will be held in Italy this year.