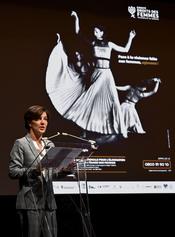 Monday 25 November was International Day for the Elimination of Violence against Women, and the Principality of Monaco rallied strongly behind the cause.

The play, On aurait pu dire quelque chose (We Could Have Said Something), tackled the theme of domestic violence and was performed by the Globe Théâtre company. A number of representatives from the Monegasque authorities and women’s rights organisations were in the audience.

In her opening speech, Céline Cottalorda, Women’s Rights Officer, reiterated the key message of the day: “faced with violence, we cannot remain spectators, we must all be actors.”

The audience was therefore invited to join in and participate, becoming part of the performance themselves.

During the afternoon, a performance on the theme of online encounters and respect for others, aimed at the Principality’s senior secondary school pupils, was organised in collaboration with the Department of Education, Youth and Sport and the Soroptimist Club of Monaco.

Finally, following the example of the Prince’s Palace, public buildings such as the National Council and the Théâtre Princesse Grace were lit up in orange to mark the day. 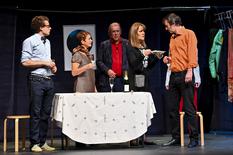 05 June 2020 News flash
Interactive theatre performances to mark International Day for the Elimination of Violence against Women
Contact us
http://en.gouv.mc/A-la-Une-du-Portail/Interactive-theatre-performances-to-mark-International-Day-for-the-Elimination-of-Violence-against-Women