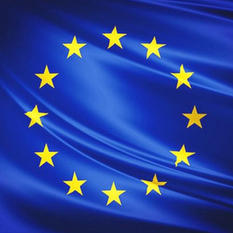 On 5 December 2017, the Council of the European Union published lists of jurisdictions it deems non-cooperative on tax issues (the blacklist) and those which have committed to reform (the grey list).

To draw up these lists, the Council’s code of conduct group assessed 92 jurisdictions on the basis of three criteria: transparency, fair taxation and commitment to implementing the OECD’s measures to tackle base erosion and profit shifting (BEPS).

Monaco does not feature on either list as it complies with the three criteria cited.

In terms of transparency, the OECD rated Monaco as “largely compliant” on fiscal transparency at the OECD Global Forum in Djakarta in 2013.

Equally, Monaco’s economic model is an “onshore” one, since it is the residents who live and consume in the country and the companies which produce in Monaco that provide its wealth. By agreement with France, Monaco has similar VAT and corporate tax rates.

Finally, on 17 May 2016, the Principality committed to adopting all of the mandatory BEPS measures, making the Principality part of the Inclusive Framework on BEPS. This framework brings together 100 countries and jurisdictions to collaborate on the implementation of the OECD/G20 BEPS Package.

The Government notes with satisfaction that its efforts have been recognised, and will continue its work to maintain compliance with international standards in this area.

Decommissioning of plot on Esplanade des Pêcheurs : Response of the Prince’s Government: “The interests of Monegasque nationals and the public finances have been protected”