UN Monaco Takes Part in the Committee on the Refugee Situation 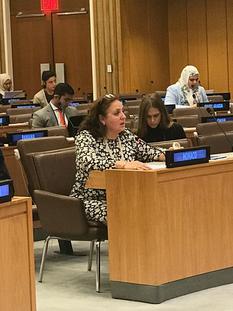 On 1 November 2018, as part of the work of the Third Committee of the United Nations General Assembly, on the treatment of refugees, H.E. Ms. Isabelle Picco, Ambassador, Permanent Representative of the Principality of Monaco to the United Nations, recalled that Monaco has been cooperating with the High Commissioner for Refugees (HCR) since 1956, when the Prince's Government ratified the Convention relating to the Status of Refugees of 28 July 1951, and has provided annual financial support since 1961.  Thus, in 2016, Monaco was the 5th largest contributor to the UNHCR per inhabitant.

The Permanent Representative also mentioned that several refugee families had been hosted in Monaco, as well as the preventive action undertaken by the Department of International Cooperation, through which almost 80,000 refugees had benefitted from direct support in the areas of health, food, education and employment.

In her conclusion, H.E. Ms. Isabelle Picco gave the assurance that the Principality of Monaco strongly supported the international cooperation framework established by the Global Compact on Refugees, which should enable host countries and communities to receive prompt, sustainable and predictable support.