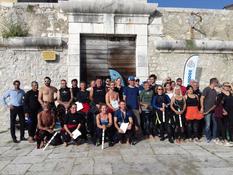 More than 40 volunteer divers responded to a joint appeal by RAMOGE, Villefranche-sur-Mer City Hall and the Villefranche Institute of the Sea (Institut de la Mer de Villefranche) (IMEV), to carry out a survey of the noble pen shell (Pinna nobilis) on Saturday 20 October.

This protected species, a flagship species of the Mediterranean Sea, is endangered by human activity, particularly repeated anchoring.  The area selected, known as the "Rochambeau" sector to the west of Villefranche-sur-Mer harbour, is heavily affected by ships anchoring in open water.  The City Hall has decided to make specific improvements in the near future, which will prohibit anchoring outside the fixed mooring buoys.

Based on the data collected, the results were very positive - 85.2% of the 1,045 Pinna nobilis recorded are alive.  Almost 400 of them are between 30 and 40 cm long and more than 250 measure more than 40 cm.  However, approximately sixty broken shells, which were probably damaged by boats' anchors, were also observed.  This information gathering is an opportunity to asses the initial condition before protection measures are taken.

The organisers would like to thank all the volunteer divers and the members of the Nausicaa-plongée-Villefranche, Villefranche au Coeur, NaturDive and Rand'Eau Evasion associations, as well as Mr. Jean De Vaugelas, a scientific expert specialising in this bivalve, who was present during the operation. 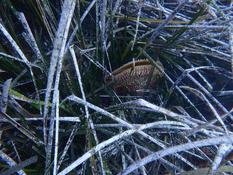