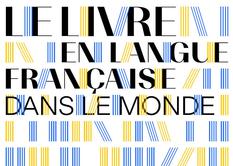 On 23 and 24 September, the Department of Cultural Affairs took part in the États généraux du livre en langue française dans le monde (General Assembly on French-language Books around the World). The event was held in a hybrid format, both in person in Tunis and virtually.

Launched in March 2018 by President of the French Republic Emmanuel Macron as part of a plan for the French language and multilingualism, and led by the Institut Français, the event is jointly organised with six states and governments (Côte d’Ivoire, Guinea, Quebec, Switzerland, Tunisia, and the Wallonia-Brussels Federation) and the International Organisation of La Francophonie (IOF). It aims to promote recommendations, initiatives and sustainable programmes of benefit to all stakeholders.

Over the course of the two days, a series of workshops, roundtables and conferences were held, bringing together professionals from across the French-speaking publishing industry to consider issues associated with access to books and reading for all audiences, strengthening the development, dissemination and circulation of books, works and authors in the French language, and digital technology.

As we emerge from an unprecedented health, economic and social crisis, and at a time when new digital opportunities are opening up for everyone at all levels of the book chain, the General Assembly offered a fantastic opportunity to gather all the stakeholders together and create fresh momentum for French-language books around the world.

Finally, a joint declaration was signed by several ministers of culture from French-speaking states and governments, including the Principality of Monaco.