The modernisation of the State Archives

Archives are governance and transparency tools which help to guarantee citizens’ rights, ensure that the government functions effectively, enable historical and scientific research and allow citizens to take ownership of their history. 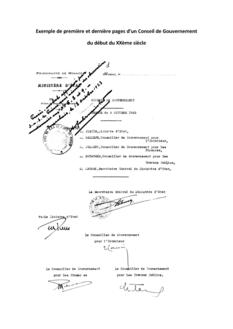 The wish of the Prince's Government to modernise the management policy of the archives contributes to administrative efficiency and helps improve the functioning of the State.

Until the 1911 constitution, the Sovereign and the State overlapped, as did their respective archives. The definitive public archives were long intended to be held in the Palace Archives, in accordance with the provisions of Article 2 of the Ordinance No. 3864 of 25 September 1967 on the creation of a Central Archive Office. This mission now falls to the Central Records Office (SCADA), since Sovereign Ordinance no. 3.413 of 29 August 2011.

In 2011, the Government of Monaco began the process of modernising the archives of the Administration, based on the Ordinance no. 3.413 of 29 August 2011 concerning various measures pertaining to the relationship between the Government and its subjects

In this regard, the Sovereign Ordinance of 29 August 2011 is a major step forward in modernising the archives. it:

The action plan launched in 2011, aims to harmonise, rationalise and optimise the archives of the State departments while keeping a record of administrative activity and ensuring its traceability.

In 2021, the Prince’s Government decided to forge ahead with its policy on modernising the State archives, via Sovereign Ordinance no. 8.569 of 25 March 2021 on archives of public interest which, among other things, established a National Archives Preparatory Team (MPAN) and transformed the Consultative Committee on the State Archives into the Public Interest Archives Consultative Committee, the scope of which is no longer limited to just the archives of the executive branch. The membership of the Committee has also been expanded to include the main producers.

The purpose of the National Archives Preparatory Team, which is the scientific and technical authority for the archives of the State’s executive branch and the Central Records Office, and whose scope encompasses archives of public interest in the Principality, is to draft regulations and legislation relating to such archives, to develop digital archives in partnership with the Interministerial Delegation for Digital Transition and Monaco Cyber Security Agency, and ultimately to create a future National Archives Office to preserve and promote the Principality’s definitive public archives.

A group representing the producers referred to in Article 1 of Sovereign Ordinance No. 8.569, appointed by ministerial decree for a term of two years (renewable).

A group of recognised experts in the fields of archiving and history: three dignitaries appointed by the Minister of State (see focus below).

The Commission is responsible for drawing up proposals and recommendations designed to contribute to the development of the major outlines of the Principality’s archiving policy. It may be consulted by the Minister of State on any issue relating to archives of public interest.

The expertise of the Commission is essential for guiding the work to be carried out by the teams from the National Archives Preparatory Team and Central Records Office. It is based on the multidisciplinary composition of its members and experts. It acts as a guarantor for decisions taken in the field of archiving.

A FOCUS ON THE EXPERTS

Ms Evelyne VAN DEN NESTE, a graduate of the "École des Chartes" and the "École Nationale du Patrimoine", is Head of the Archives and Documentation Department at the Presidency of the French Republic.

Dr Thomas FOUILLERON, has a Ph.D. in history and is the author of numerous university studies and a manual on the history of Monaco. He is Director of the Archives and Library of the Prince's Palace.