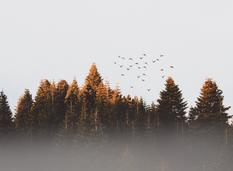 The 2018 review of the Charter on the use and "virtuous" management of wood has been finalised.  It is very positive, with a response rate of 98%.

As a reminder, this Charter was adopted as part of the Monaco Against Deforestation campaign, which was the result of a partnership between the Prince's Government, the Prince Albert II of Monaco Foundation, the MC2D association and IMEDD.

For the majority of signatories, the Charter represents a focal point in the overall approach to combating deforestation (88%) and consolidation of a company's commitment to operating responsibly (87%). 60% believe that being a signatory to the Charter is a way of standing out from competitors and reaching new markets.

77% of businesses that use wood mention certification as a key factor in their calls for tenders.  This figure rises to 84% with regard to choice of furniture.

In addition, the signatories generally favoured wood and wood-based products that are supplied via local supply chains.

This study was also an opportunity to assess the impact of the dematerialisation of work and the digitisation of data since, in this regard, 46% of companies are reducing their use of paper.

In 2018, thirteen signatories were awarded a trophy, in three categories:

*              For the most progress in the last two reports:  AGPR, Monaco Tourist and Convention Authority, Dito, the Hôtel Métropole and the SAM Tout Bois

Action to fight deforestation must be taken both locally and internationally because, as Valérie Davenet, Director of Environment, points out, "it is essential to protect forests in situ, but each of us can also take action through the choices we make every day.  For example, when we buy furniture or office supplies, it is important to look at the labels, in order to verify the traceability of wood and wood products and thus give priority to wood from sustainably managed forests and local sources.  These actions, sorting waste and recycling, and choosing alternative solutions, help improve everyone's quality of life and preserve biodiversity."

Deforestation has an impact on biodiversity through the degradation and even the loss of habitats, and also on climate change, through the loss of forests, which act as carbon sinks, and especially on indigenous populations, due to changes in their environment, the water cycle, crops and the traditional use of forests.

The Wood Charter and membership documents are available on the websites of the Prince's Government, the Prince Albert II of Monaco Foundation and IMEDD.