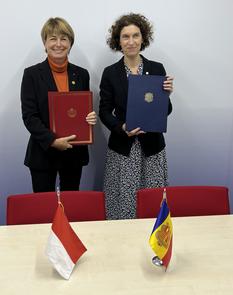 The tax agreement, which is Monaco’s thirty-seventy, follows constructive negotiations aimed at preserving the specific nature and interests of the two countries.

The Principality of Monaco welcomes its excellent links with the Principality of Andorra, which have been strengthened in recent years, not least through the negotiations to conclude an association agreement with the European Union.

Press release by the Prince’s Government