H.E. Mr Serge Telle today received the managers and players of the “Roca Team”, winners of the Leaders Cup 2016, in the presence of H.S.H. the Sovereign Prince.

The “Roca Team” – AS Monaco Basket’s professional, Pro A League team - were victorious in the Leaders Cup final on Sunday 21 February 2016. This was the first time the team had competed in the annual competition organised by the French National Basketball League , which involves the top eight Pro A teams. The title is also the first for the Principality’s team in the Pro A League.

In his speech, H.E. the Minister emphasised that:

“This is also a victory for the entire Principality of Monaco. It is a victory born of a commitment to sport which has long been a part of Monaco’s identity and that the Sovereign Prince today promotes with all of his energy and determination, including in international bodies.” 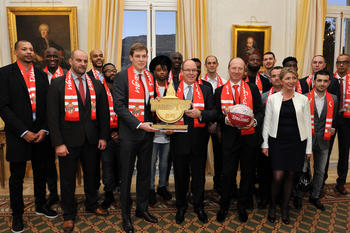 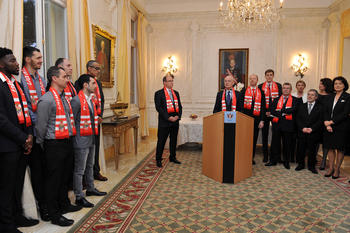