65 public lifts, escalators and moving walkways in the Principality to be replaced 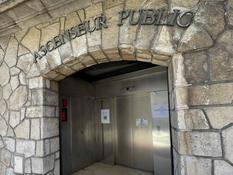 As part of a plan to replace 65 lifts, escalators and moving walkways over a period of five years, the Department of Urban Amenities will this year:

Of the six obsolete escalators in the Carrefour de la Madone underpass, four will be replaced, and the other two will be removed to make way for a glass lift that will enable people with reduced mobility to access the various shops in the underpass.

The work to dismantle the current facilities and install the new ones will be carried out at night, after 8 p.m., from 12 July 2021. It is set to be completed by 1 October 2021.

In addition, two escalators will be replaced at 17 Rue Grimaldi (Post Office). The work, which will be carried out at night, will begin on 9 August 2021 with the escalators due to enter service on 1 October 2021.

The nine lifts to be replaced are as follows:

At this last site, work will begin on Monday 19 July 2021 with the complete replacement of the lift serving the various levels of the Exotic Garden car park. The other lift will remain available for all levels (car park and Avenue Hector Otto).

Once the new lift is in service, from 17 September 2021, the other one will be replaced, and is due to enter service on Friday 12 November 2021. Users will be able to access the car park throughout this phase of the work.