Press release by the Prince’s Government on 19 March 2021 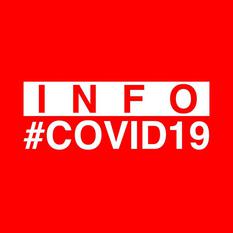 The Prince’s Government has taken note of the reimposition of a lockdown for four weeks from 20 March in 16 French departments, including the Alpes-Maritimes.

The Government confirms that the current measures that apply in Monaco will be maintained until 2 April inclusive, taking into account the health situation in the Principality.

These measures include a curfew from 7 p.m. to 6 a.m., the mandatory use of teleworking and strict compliance with barrier measures, including the requirement to wear masks at all times and in all public spaces and other locations.

In light of the new measures that will apply in the relevant French departments from this weekend, the Prince’s Government recommends that Monegasque nationals and residents avoid travel to the 16 departments which have re-entered lockdown.

In addition, to be consistent and show solidarity with the measures that have been introduced in the department neighbouring Monaco to prevent the spread of the virus, additional checks will be in operation at the Franco-Monegasque border from Saturday and for the next four weeks to avoid an influx of people without a valid reason to visit Monaco.

Apart from residents of Monaco, only those who work in the Principality or live in the neighbouring communes, as well as in Eze or Menton, will be allowed to enter the country on presentation of their French special travel exemption declaration.

Anyone wishing to stay in Monaco will still need to show a hotel reservation and proof of a negative PCR test within the last 72 hours.