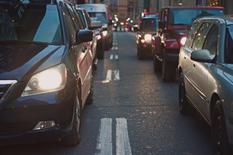 In view of the increase in the number of "UBER" type vehicles in Monegasque territory, which have no authorisation to operate, nor the tax sticker provided for in Article 45 of Sovereign Ordinance No. 1.720 for foreign vehicles, the Prince's Government has decided to take regulatory action that is specific to this activity in order to formally confirm the prohibition of this type of service in the territory.

Thus, Jean Castellini, Minister of Finance and Economy, stated that amended Sovereign Ordinance No. 1.720 of 4 July 2008 on the regulation of taxis, chauffeur-driven vehicles, official city vehicles and motorcycles on request has been strengthened on this point by specifying that:

"Any foreign platform for bringing together professional drivers and private individuals is strictly forbidden in the territory of the Principality.  Only one exception may be tolerated, when a client who has been collected outside the Principality is dropped off within the Principality."

Consequently, the Prince's Government wishes to draw the attention of users of this type of platform to the fraudulent activity of these drivers in Monaco and remind them that the Principality's actors in this field, namely taxis and luxury chauffeur-driven cars, comprise more than 220 vehicles, which are available 24 hours a day throughout the territory.

Finally, the Prince's Government will not fail to contact representatives of the UBER company again so that they can once more make their drivers aware "of the regulations in force in the Principality."