As part of the "Towards a Monaco without AIDS" declaration, Fight Aids Monaco, in association with the Prince's Government and Monaco City Hall, recently added their signature to launch a communication campaign on the prevention of HIV. 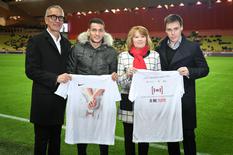 This signature is part of an international movement, the "Prevention Access Campaign":  #U=U.  In Monaco, the theme of the "U=U #Undetectable = Untransmittable" communication campaign is known as "I = I" ("Indétectable = Intransmissible").

Two Monegasque associations that are involved in combating AIDS, the Monegasque Red Cross and Amade, as well as two medical experts, Mr. Gervais Dionne, a co-discoverer of 3TC (one of the main molecules used in treating HIV) and Dr. Bruno Taillan, Vice-President of Fight Aids Monaco, a specialist in internal medicine and haematologist at the CHPG, have added their signatures.

On the same day, Fight Aids Monaco signed the "I=I" agreement and held a display of quilts at the Oceanographic Museum in tribute of those who have died of AIDS.

In the evening, during a warm-up for the match between AS Monaco Football Club and the Montpellier Hérault Sporting Club, which counts towards the 15th day of the French Premier League championship, the Monegasque players all wore t-shirts embossed with the campaign logo. 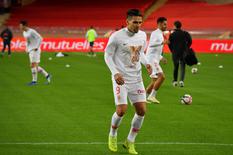