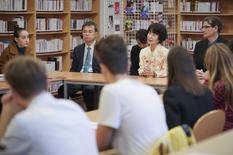 On 7 November, a final-year history and geography lesson at Lycée Albert I was devoted to a meeting with Noriko Sakashita who, at the age of two, survived the Hiroshima bombing on 6 August 1945. The meeting was organised under the aegis of the International Campaign to Abolish Nuclear Weapons (ICAN).

Before her extremely attentive young audience, the Hibakusha (the word for a victim of a nuclear attack in Japanese) shared her remarkable and moving testimony. When her home, which was more than a kilometre from the point of impact, exploded, Noriko, a witness to history, was seriously injured by the force of the blast. She was then exposed to “black rain”, full of radioactive dust and ash, while being evacuated.

Ms Sakashita, a rare survivor of the nuclear disaster, shares her story around the world in a bid to promote the creation of international links between organisations working for peace, human rights and environmental protection, reminding people that hope in our world lies with young people. 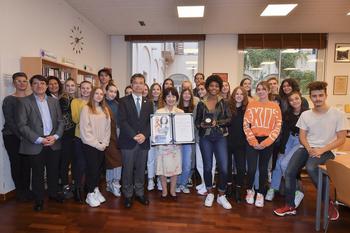