“A Piggy Bank for Children’s Rights” 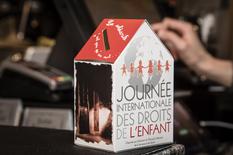 In support of Universal Children’s Day, which is held every year on
20 November, numerous businesses in the Principality have decided to get involved in the “Piggy Bank for Children’s Rights” initiative launched by the Department of Education, Youth and Sport.

They will be offering customers the opportunity to make a donation in the amount of their choice after they have made their purchases. All of the funds raised will then be passed on to 11 Monegasque humanitarian charities* working with children around the world.

Starting on 16 November, the Department of Education, Youth and Sport will also be undertaking a range of activities with these partner associations, and will be running several public information and awareness stands.

The Principality steps up every year to celebrate the Universal Children’s Day that commemorates the anniversary of the adoption of the international Convention on the Rights of the Child by the United Nations General Assembly on 20 November 1989.