The Principality's 3rd electrical substation was inaugurated yesterday morning, in the presence of H. S. H. the Sovereign Prince.  This out-of-the ordinary project was initiated by the Prince's Government to strengthen the security of Monaco's electricity supply, and involved almost a hundred people in 2012, under the supervision of the Department of Public Works.

More than 330 blasts were needed to hollow out the rock and create the 2,100 m² substation, which makes use of the 700 m² former SCNF tunnel, which was no longer required following the construction of Monaco's underground station.  The works also involved building a 300 m² two-arched bridge, extending the existing viaduct, to give access to the substation. 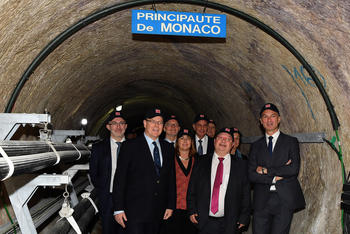 The construction was delivered to the SMEG in 2015.  In accordance with the new concession agreement, which entered into force in 2009, the concessionaire then provided and financed the technical equipment for the substation.

Monaco's first two substations, situated in Fontvieille and on the west of the Sainte-Dévote valley, were operating at 80% of their capacity.  It therefore became necessary to create a third substation to ensure the Principality's economic development while strengthening the security of the territory's electricity supply.  It will serve the eastern area of the Principality and will increase Monaco's electricity supply capacity by 50%.

As a reminder, a substation converts a high voltage electric current, in order to supply it to users.

EDF's subsidiary, RTE, manages the French public electricity transmission network and delivers electricity to the Franco-Monegasque border.  The SMEG sends it to the electrical substations, which then transform the voltage from high to low, distributing the current to users as 230-volt electricity. 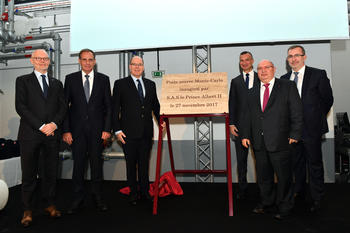 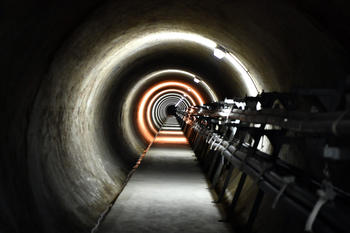 Introduction of One-Way Traffic in the Boulevard du Larvotto