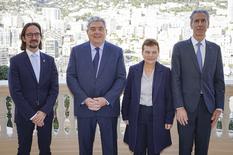 On 5 and 6 December 2022, the Principality of Monaco hosted a meeting of the chief negotiators with the European Union from Andorra, Monaco and San Marino.

These trilateral meetings are held on a regular basis; the last one took place in the Republic of San Marino in October 2021. They give the three countries an opportunity to engage in in-depth discussions on the current negotiations, to share their common concerns and to better understand the aspects unique to each one.

At the meeting in Monaco, the chief negotiators from the three delegations* were able to present an update on the status of their negotiations with the European Union as 2022 draws to a close, and discuss the agenda for the coming months.

The negotiations, which began in March 2015, are aimed at securing an association agreement with the three countries and have now entered into a new phase, with the European Union keen to accelerate discussions and reach an agreement in principle by the end of 2023.

This meeting between representatives from Andorra, Monaco and San Marino confirmed the excellent relationship that exists between the three countries, which has been further strengthened through these negotiations. 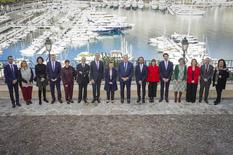 H.E. Mr Frédéric Labarrère, Ambassador and Head of the Mission to the European Union

Ms Isabelle Rosabrunetto, Director General of the Ministry of Foreign Affairs and Cooperation

H.E. Ms Esther Rabasa Grau, Ambassador and Head of the Mission to the European Union

H.E. Ms Antonella Benedettini, Ambassador and Head of the Mission to the European Union

Mr Luca Brandi, Director for European Affairs at the Ministry of Foreign Affairs 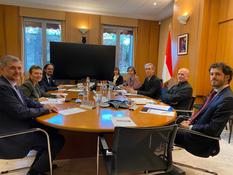