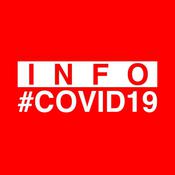 As agreed at a meeting with the Monaco Parent-Teacher Association (APEM) on Tuesday 6 April, the Prince’s Government has studied the feasibility of implementing a short additional holiday period towards the end of May.

It has been decided that classes will be halted in all schools in the Principality on Monday 17, Tuesday 18 and Wednesday 19 May. These three days are in addition to Thursday 20 and Friday 21 May, which were already non-school days to facilitate the efficient organisation of the Formula 1 Grand Prix, which takes place on Sunday 23 May.

The Principality’s activity centre will once again be open on 17, 18 and 19 May.

The aim of this proposal for an additional holiday period, as put forward by parent representatives, is to give parents and pupils additional time to be with their families, as well as a beneficial break in the third term, which has been extended due to the advancement of the spring holiday from Friday 9 April to Monday 26 April.

COVID-19: No New Positive Case and Six Recoveries on Sunday 9 May

09 May 2021 Press release
Additional Short Holiday for the Third Term Set for 17 to 19 May inclusive
Contact us
http://en.gouv.mc/A-la-Une-du-Portail/Additional-Short-Holiday-for-the-Third-Term-Set-for-17-to-19-May-inclusive