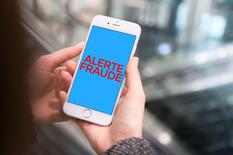 Monaco Police Department has once again been notified of several incidents of attempted fraud, targeting residents of the Principality whose numbers appear in the Principality's telephone directory.

The caller, posing as a tax inspector or Monegasque police inspector, tries, under a false pretext (the risk of a large tax fine, for example), to extort large sums from the victims by bank transfer.

The scenario is carefully planned - the swindler opens an account abroad in the name of the victim; he then tells him or her how to answer questions from a bank advisor.

If a similar call is received, great care should be taken and no bank transfer of any kind should ever be made.  Monaco Police Department should be notified immediately (Tel. 93.15.30.15), and will then direct you to the relevant specialised services.