Energy saving in the Principality

Since 2006 the State has been committed to a programme of energy saving in public buildings. The overall reduction in energy consumption on fifty different sites has reached 26%. 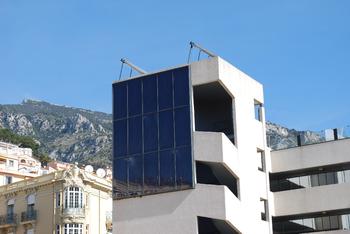 In 2011, 26% of savings in energy consumption compared to 2006 levels was made over all of these sites, which have a total built-up surface area of 240,000 square metres. This represents a saving of 4.45 GWh, equal to the annual consumption of 450 households of 4 inhabitants, and a saving to the state economy of 400,000 euro. A detailed analysis of the results shows a reduction in energy consumption of 37% to 50% since 2006 on sites where energy efficiency projects have been implemented since 2006, such as the Complexe des Carmes, the Annonciade building, Saint-Charles, the Tourist OfficeDepartment of Tourism or the Villa Girasole. Positive Progressing results are also being seen for other sites on which such projects are in progress, including various car parks (Grimaldi Forum, Boulingrins, des Pêcheurs, des Moulins) and schools (La Cachette, les Révoires).

For 2012 the development of energy efficiency projects will be characterised notably by the instalment of separate monitoring systems at the Ministry of State and in the most energy intensive car parks.