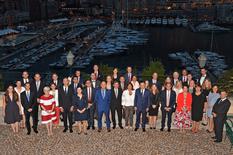 The Council of the European Union’s Working Party on the European Free Trade Association (EFTA), which is responsible for following up the negotiations aimed at concluding an association agreement between Monaco and the EU, recently spent three days on a study visit in the Principality (see the press release issued on 5 September).

Gilles Tonelli, Minister of Foreign Affairs and Cooperation, expressed the Prince’s Government’s satisfaction with the visit, declaring that its objectives had been achieved: “In the event that the negotiations are successful, it is the Council of the European Union which will ultimately need to approve the final version of the draft agreement. It is therefore essential that diplomats from the EU’s member states who have the responsibility of overseeing our negotiations are able to see for themselves, and in a very tangible way, the realities of our country. The eclectic nature of the programme and the numerous discussions with a wide range of interlocutors, representing both the public and private sectors, provided an opportunity to demonstrate the different facets of Monaco and its economy. This type of study visit is vital to ensure that the arguments which support our requests can be verified and thus accepted.”

Philip Bittner, Counsellor at Austria’s Permanent Representation to the EU and current Chair of the Working Party on the European Free Trade Association, noted that the visit had allowed the Working Party’s members “to better understand the commitments undertaken by the Principality of Monaco and the expectations with regard to the future association agreement with the EU, which must take account of the country’s particular situation, in accordance with Article 8 of the Treaty on European Union.*” He added: “The European Union and the Principality of Monaco are stable and reliable partners, and cooperation between the two is excellent.”

* Declaration 3 on Article 8 of the Treaty on European Union states that “The Union will take into account the particular situation of small-sized countries which maintain specific relations of proximity with it.” 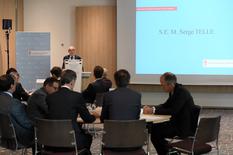 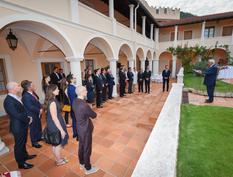