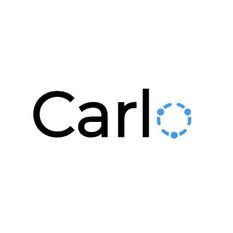 Since it was launched in December, the Carlo app gift voucher campaign has proven a great success, both with the 10,000 recipients of the special one-off bonus and with the businesses who have signed up to take part in the scheme, which now number some 450.

As part of efforts to support the local economy and help with the cost of living, the Government, in consultation with the National Council, has decided to renew the campaign for the coming festive period, while substantially increasing the amounts involved.

The success of this operation, delivered by the company Carlo which is currently hosted by the MonacoTech business incubator, extends beyond the Christmas gift voucher period. Between April 2021 and November 2022, the app handled transactions worth over 18 million euros in total, with an average of 1,040 transactions per day.

These purchases generated 1.2 million euros in cashback rewards for consumers, which were then re-injected into the local economy, in turn generating new rewards.

The app’s success is also reflected in the 36,000 consumers now using it, who include residents of the Principality of Monaco (43%), as well as residents of neighbouring municipalities and/or commuters (57%). That figure is rising steadily.

But Carlo is not stopping there. Once again this year, the app is rolling out new features. Users can now share a payment or pay a retailer remotely, so they no longer need to travel to pay for an order.

The evolving app is a clear hit with consumers and retailers alike.

The Prince’s Governments offers New Year wishes to the press : “The Principality is doing all it can to maintain its level of competitiveness