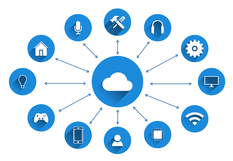 The Principality of Monaco will use technology supplied by AWS to better serve citizens and drive economic growth.

Monaco is entering a critical new phase in its dynamic strategy to become a leading digital player thanks to the Extended Monaco programme launched by H.S.H. Prince Albert II in April this year.

The Prince’s Government has commissioned Amazon Web Services (AWS) to install a hybrid cloud architecture in the Principality.

In concrete terms, this cloud will help to implement and accelerate public initiatives such as e-governance, mobility, education and healthcare. For example, the cloud will provide a foundation for smart city services that will improve transport management in Monaco.

It will also be a factor in the Principality’s economic appeal, offering businesses access to cutting-edge digital solutions while reducing IT costs and improving infrastructure security.

The hybrid architecture of the Monegasque cloud will open up access to all these services and provide sovereignty and security for data hosted in the Principality. Monaco will thus become one of the countries to have its own sovereign data hosting facility.