Delegation from Monaco to attend COP 25 in Madrid 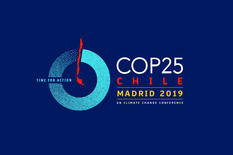 The 25th Conference of Parties to the UN Framework Convention on Climate Change (COP 25) will be held in Madrid from 2 to 13 December. H.S.H. the Sovereign Prince will lead the Monegasque delegation, accompanied by Marie-Pierre Gramaglia, Minister of Public Works, the Environment and Urban Development, and teams from the Ministry of Foreign Affairs and Cooperation and Monaco’s Embassy in Madrid.

This global climate conference should provide an opportunity to take the next steps in the UN climate change process, which have now become critical. One of the key objectives, adopted during COP 24 in Poland last year, is to strive towards full implementation of the Paris Agreement.

COP 25 represents the last stage before 2020, when we will learn which warming path we are on, five years after the Paris Agreement was signed.

H.S.H. Prince Albert II will take part in the COP 25 Roundtable for Heads of State on “National plans to increase ambition by 2020”, during which he will present structural measures to reduce greenhouse gases, such as the policy on zero single-use plastic waste by 2030 and the ban on fuel oil to be introduced in 2022.

Throughout the conference, the Monegasque delegation will contribute to work on adopting the various guidelines, arrangements and procedures that will enable full implementation of the Paris Agreement, stressing the urgent need to increase our ambition on climate issues and the importance of the science.

Part of the negotiating work will be conducted through the Environmental Integrity Group (EIG), of which Monaco is a member alongside Georgia, Liechtenstein, Mexico, the Republic of Korea and Switzerland. The work aims to develop guidelines that will guarantee information transparency on greenhouse gas emissions and climate change adaptation measures.

The Principality of Monaco will be particularly focused on ensuring that the decisive role of the oceans in mitigating and adapting to the impact of climate change is taken into account. Alongside Chile, Monaco is one of the founding members of the Because the Ocean initiative, launched during COP 21 in 2015, which advocates for the integration of ocean-related issues as part of climate discussions. The Principality played a key role in the IPCC’s decision to produce a report highlighting the impact of climate change on the ocean and cryosphere, and in September hosted the 51st IPCC plenary session, at which the Special Report on the Ocean and Cryosphere in a Changing Climate was adopted.