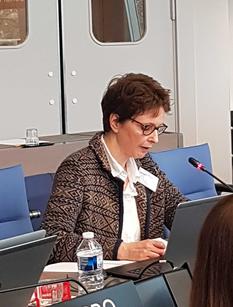 Marie-Noëlle Albertini, Diplomatic Advisor to the Minister of Foreign Affairs and Cooperation © DR

It was reiterated during the discussion that the Monegasque Government prioritises the fight against cybercrime and the protection of personal data as part of its security policy.

Monaco also intervened on the “resolution calling for a moratorium on the use of the death penalty, adopted by the United Nations General Assembly on 17 December 2018”, reaffirming the Government’s unwavering commitment to abolishing the death penalty throughout the world, under any circumstances.