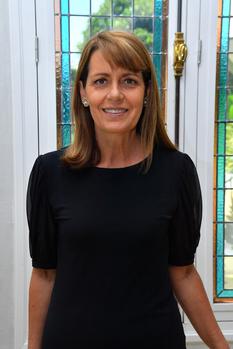 Françoise Gamerdinger, who was appointed by Sovereign Order No. 7.517 of 17 June 2019, has become the new Director of Cultural Affairs.  She is the first woman to hold this post.

She holds a DEA postgraduate degree and a Capes de Lettres teaching certificate, as well as a Bachelor's degree in the teaching of Latin, and is the mother of two children.  Françoise Gamerdinger was a certified teacher of literature from 1988 until she joined the Department of Cultural Affairs in 2002.  She was appointed Deputy Director in 2008.  During this time, in addition to her management role, she was responsible, in particular, for Heritage matters, Literary Awards and the Prince Pierre Foundation's lectures.

She was also appointed as a cultural expert to represent the Principality at the Council of Europe and, since 2012, has been in charge of Management and programming at the Princess Grace Theatre.

Commenting on her new position, Françoise Gamerdinger declared that "Cultural policy is essentially collective work.  It also means working on a daily basis to ensure that every generation can benefit from a cultural programme that meets their requirements to the greatest possible extent."

A Masterclass at the Great Organ of the Cathedral