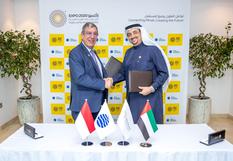 On 21 December 2017, Monaco officially confirmed that it would participate in Expo 2020 Dubai. The participation contract was signed in Dubai by Albert Croesi, General Commissioner of the Monaco Pavilion, and Najeeb Mohammed Al-ali, Executive Director of the Expo 2020 Dubai Bureau.

During the course of the six-month-long event, Monaco will present its strengths and status as a meeting point where ideas, people and technologies come together and connect.

Under the theme “360° Monaco: A World of Opportunities”, the Monaco Pavilion will showcase numerous areas in which the Principality excels, including art, culture, science, gastronomy, hospitality, luxury, research, the environment, industry and new technologies. Among other things, the Monaco Pavilion will feature a series of performances, lectures and exhibitions over 173 days.

Prince Albert I involved the Principality of Monaco in the Universal Exposition held in Paris in 1900. Since then, Monaco has had a presence at every universal and specialist exposition, and is particularly delighted to be taking part in the very first exposition to be held in the Middle East.

Visitors to the Monaco Pavilion at Expo 2020 Dubai will have the pleasure of discovering the unique features of one of the world’s smallest countries, a nation which is, moreover, resolutely focused on the future.