Annual reception at the Embassy of Monaco in Spain 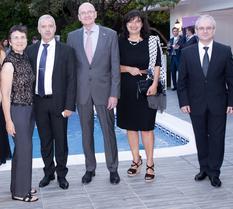 On 11 July, H.E. Mr Jean-Luc Van Klaveren, Monaco’s Ambassador to Spain, and his wife held an official reception to commemorate the anniversary of H.S.H. the Sovereign Prince’s accession.

Around 200 people came together for the event held under the theme of “Monaco and Solidarity” in the gardens of the Ambassador’s Residence, which had been decorated for the occasion with visuals illustrating the actions taken by the Prince’s Government and by charities.

Among those attending were numerous ambassadors accredited to Spain (representing Algeria, Luxembourg, Switzerland, Belarus, Bulgaria, Cyprus, Slovenia, Egypt, Saudi Arabia, the UAE and others), and representatives of diplomatic missions, the Spanish Royal Guard General Staff, the Spanish Ministry of Foreign Affairs, and the World Tourism Organization.

In his speech, H.E. Mr Van Klaveren highlighted the actions taken by the Department of International Cooperation and by a range of charities and organisations such as the Monaco Red Cross, Child Care Monaco, the Monaco Humanitarian Collective and Special Olympics Monaco.

The atmosphere at the reception was relaxed and cordial.

The following morning, a working meeting for Monaco’s consuls in Spain was held at the Residence, followed by a lunch to which consuls’ spouses were also invited. 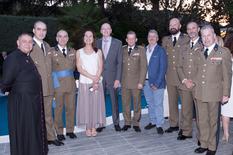