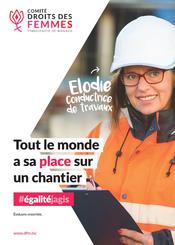 The Women's Rights Committee is launching a new phase of its gender equality communication campaign. Thus, for the month of April 2021, the theme is equality in working life.

The campaign is illustrated by three sectors of activity, some of which are predominantly male or female (digital technology, construction and early childhood). It aims to break down clichés in order to raise awareness of the inequalities that still exist in these professions, but show as well that it is possible to change people's outlook from a very young age, through education. In this regard, Monaco is the first country to teach "coding" from nursery school onwards.

The Committee's campaign is also based on statistics from IMSEE's Focus, "Female Employees in the Private Sector, which show that 25% of women are represented in the communication and information sectors (including digital technology) and only 9% in the construction sector, while 29% of men are in the administration, education, health and social welfare sectors.

The campaign is in the form of visuals and a video animation, which features this information and the inclusive slogan "Everyone has their place ...". 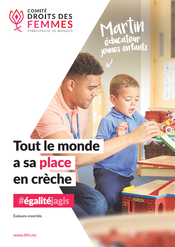 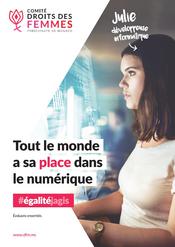 COVID-19: No New Positive Case and Four Recoveries on Friday 14 May

14 May 2021 Press release
A New Phase in the Communication Campaign of the Women's Rights Committee
Contact us
http://en.gouv.mc/A-la-Une-du-Portail/A-New-Phase-in-the-Communication-Campaign-of-the-Women-s-Rights-Committee