The Minister of Public Works, the Environment and Urban Development 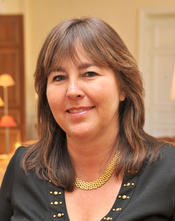 1993: Joined the civil service, within which she has held several positions

2005: Technical Advisor at the Ministry of Finance and Economy

2010: Member of the Working Group on attractiveness to serve business development in Monaco

Since 15 January 2011: Minister of Public Works, the Environment and Urban Development

Send us an email